Now with spring riding soon in full swing, stay visible and noticed. Wear clothing that makes you stand out to others while riding your bike or walking. Being noticed by others is the key to avoiding accidents. Focus on the two forms, passive and active visibility, to help stay safe. Things like reflectors and bright colors, especially in patterns that make you stand out, are forms of passive visibility. While lights and blinkers are great examples of active visibility, most people focus on nighttime visibility. Though, far more hours are spent in broad daylight riding a bike. Here are a few tips to keep you safe and visible whenever you ride.

Clothing that makes you more visible and noticed

Read on to see where each one is helpful and most efficient. 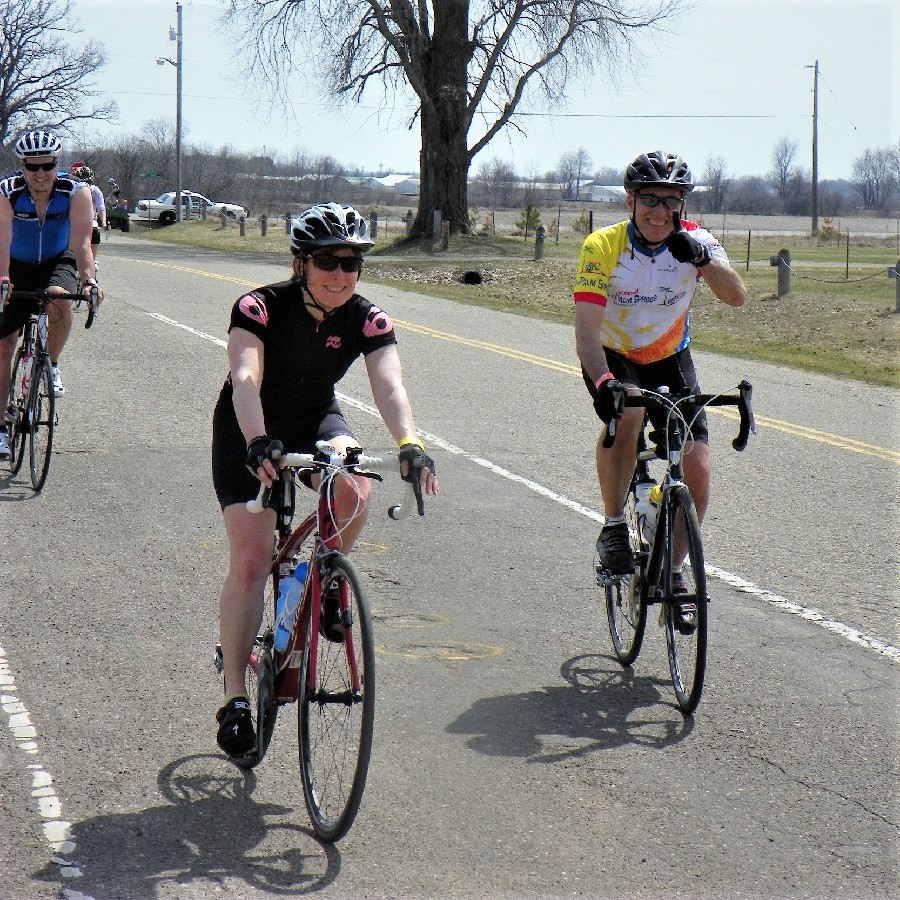 If you were driving a car which cyclist would grab your attention first?

The easiest way to be visible is to wear obvious clothing. Whereas black may be slimming, it doesn’t offer others the best chance to see you. The most visible color available is high visibility (hi-vis) yellow. It is bright yellow not found naturally and sticks out against the backdrops on most normal roads and paths. If hi-vis yellow isn’t for you, try to wear other colors that would stand out, like bright blue, red, or orange. Better yet, an obnoxious pattern of several above-mentioned colors, so you are sure to be noticed. 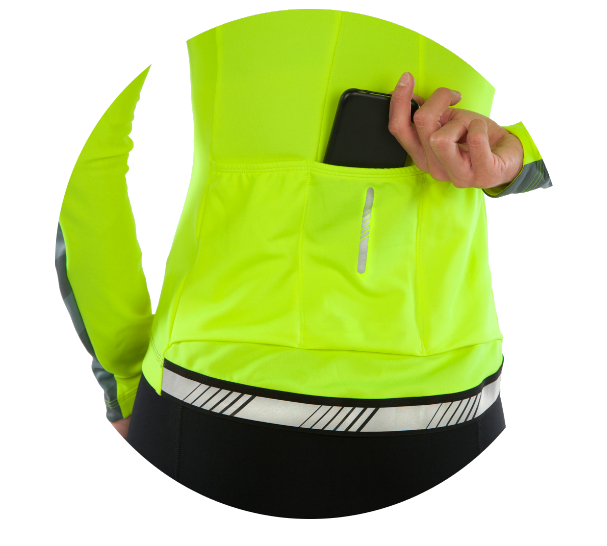 The most visible color available is high visibility (hi-vis) yellow.

Lights that make you visible and noticed

Many companies are recommending riders use their lights during the day and at night for a great reason. Active forms of visibility like blinking lights do a lot to attract the attention of others. For best visibility and longest battery life, use your lights in “blink mode” rather than a steady beam.

Reflectors that makes you more visible and noticed

Most cars sold in the US are equipped with daytime running lights. For that reason, the reflectors on your bike will shine back at drivers during the day and alert them to your presence. Beyond the standard reflectors your bicycle comes with, think about adding adhesive reflective tape to bags, helmets as well as your bike.

Being visible while riding can be as simple as your position on the road to be noticed. In situations where there isn’t enough room for a bike and car, be sure to take up enough space to ensure no driver could miss seeing you and try to “squeeze” past. Also, ride at a controlled speed where there may be blind corners, driveways, or crosswalks. Additionally, don’t stop in places where others can’t see you until it’s too late. 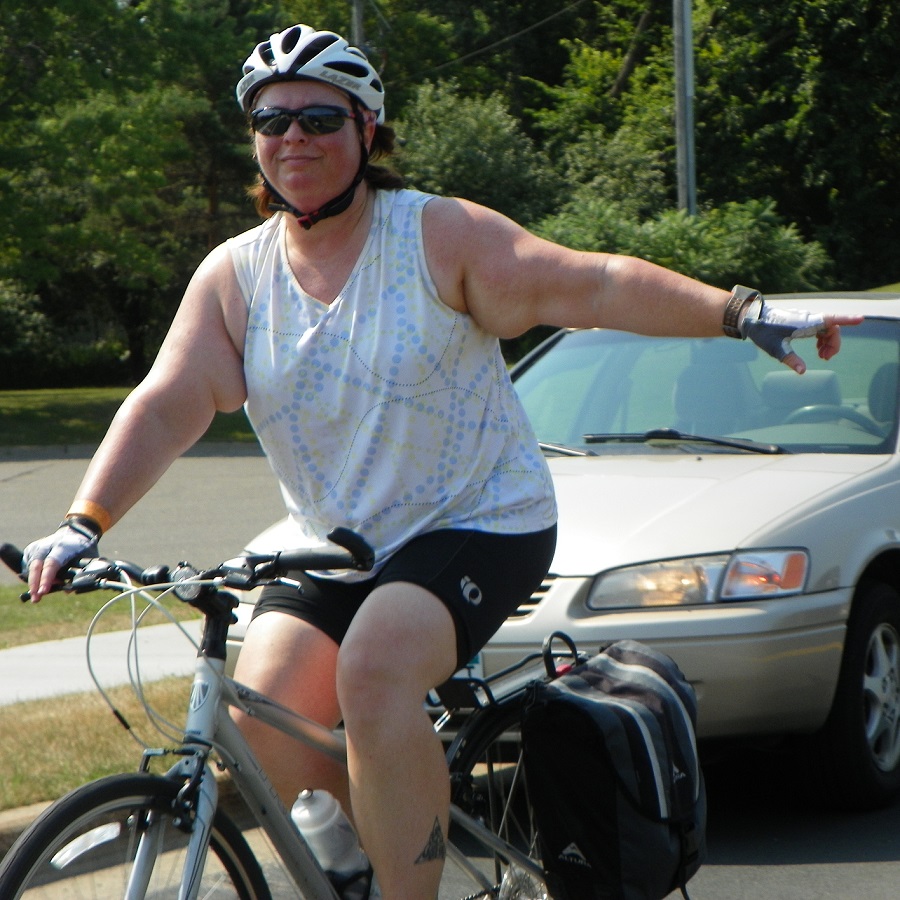 When making a lane change, signaling your turn and making eye contact with those you are approaching.

Kids riding bikes is something we need to preserve in this digital world. The best way to keep kids on bikes is to keep them fun and safe. Try to have two adults riding with kids if possible, one leading and one following. Be sure to remind children of how and when to signal, and dress them in colorful clothing. Because kid’s bikes are lower to the ground than an adult bike, they can go unnoticed. A flag mounted to the bike reminds drivers that there is a bike below. 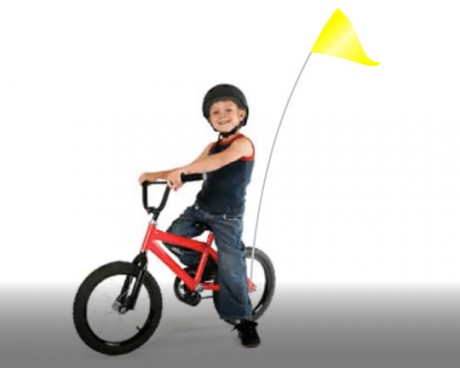 Following these tips will limit the chance of an accident and keep your ride fun and safe.

About John Brown, the author

As a lifelong cyclist and consummate tinkerer, John operates Browns Bicycle in Richfield, MN. It all started for him in grade school when the bike bug bit and that particular fever is still there. Now, and over the past thirty years, he has worked at every level in the bike industry. Starting, like most, sweeping floors and learning anything he could about bikes. He eventually graduated as a service manager and then to a store manager.  Through the years, he has spent extensive time designing and sourcing bicycles and parts for some of the largest bike companies in the world. All the while focusing on helping as many people as possible enjoy the love of riding a bike. In that pursuit, he has taught classes (both scheduled and impromptu) on all things bikes. John also believes in helping every rider attain their optimal fit on the bike of their dreams. Please feel free to stop in any time and talk about bikes, fit, parts, or just share your latest ride. You can also see more of John’s tricks and tips on the Brown Bicycle Facebook Page.