Recently I spent some time in the cradle of liberty, Philadelphia. While there I enjoyed a few rides, but the most enjoyable one was the Trek of Philadelphia’s Doughnut Ride. I was reminded of the joys of simple rides and good company, rather than difficult efforts and a competitive pace. Now with 30 days of Biking a little over a month away here is a fun idea you may want to consider with friends, as warmer weather moves our way. 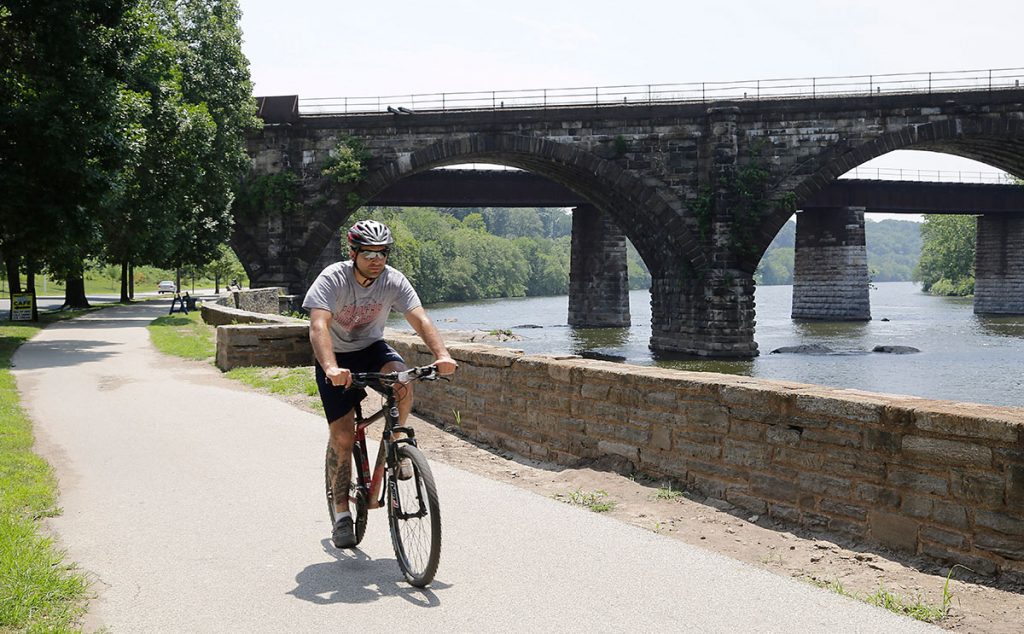 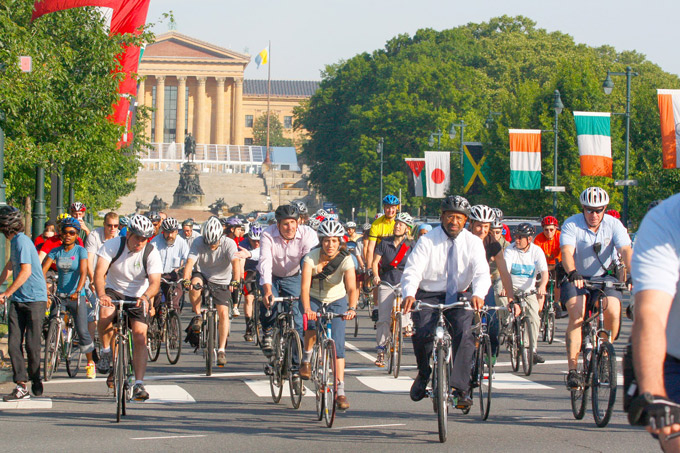 After stuffing our faces with warm doughnuts we hopped back on our bikes. Full of sugar and fat, we made our way back to the bike shop along the same route. Ultimately, the ride took a little under two hours, including the time eating. Everyone had fun, the conversation was great, and we all got the chance to meet new people. 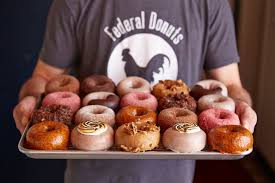 Why does this ride work?

The ride was great because the pace and route are clearly stated in advance. Therefore, everyone knew what to expect and where to go. The route itself was carefully chosen to promote great conversation and a casual pace. By including traffic-free paths and streets and a casual destination, every rider could enjoy the trip stress-free. Additionally, the pace is controlled by the ride’s start time. As an example, a competitive-minded rider has a list of fast-paced rides leaving on Saturday morning, so there would be no need to come to the Doughnut Ride to try and get a killer workout with so many other options. From start to finish, this ride is a winner.

If you already lead rides for a local club or shop, then setting up a casual ride should be easy for you. If this is your first attempt at leading an organized ride then there are a few things to keep in mind. First off, you want people to be at your ride! To make sure you have attendees, start talking about and advertising (if you’re working with a local club or shop) a minimum of two weeks in advance. Also, make sure all your information explains the pace as well as the payoff (in this case doughnuts) for your ride to build interest. Finally, make sure your route is friendly to a group of riders. As an example, I’ve been on a few rides that required riders to be single file almost the entire time due to narrow roadways. in contrast, the Doughnut ride promoted conversation with wide paths and clear roads.

According to Paul T. at Perennial Cycle, Minneapolis does a great job with these types of rides and has a lot of them. Watch for the upcoming events there this season.

About John Brown, the author

As a lifelong cyclist and consummate tinkerer, John operates Browns Bicycle in Richfield, MN. It all started for him in grade school when the bike bug bit and that particular fever is still there. Now, and over the past thirty years, he has worked at every level in the bike industry. Starting, like most, sweeping floors and learning anything he could about bikes. He eventually graduated as a service manager and then to a store manager.  Through the years, he has spent extensive time designing and sourcing bicycles and parts for some of the largest bike companies in the world. All the while focusing on helping as many people as possible enjoy the love of riding a bike. In that pursuit, he has taught classes (both scheduled and impromptu) on all things bikes. John also believes in helping every rider attain their optimal fit on the bike of their dreams. Please feel free to stop in any time and talk about bikes, fit, parts, or just share your latest ride. You can also see more of John’s tricks and tips on the Brown Bicycle Facebook Page.