I have had the pleasure of owning a travel bike for the past ten years. When I bought it, I was traveling a few times a year to different bicycle industry events around the country. Those events all followed the same script; Get off the plane, take a shuttle to the hotel, then take shuttles to event locations within five-miles. Beyond the feeling that I was being moved like cattle, it also bothered me that I wasn’t riding my bike at these bike event! To escape this cycle, I decided to bring my own bike along on the next trip. Trying to bring my bike on a plane was a too expensive for the small amount of saddle time I was going to get. So I started to look into the options for a travel bike. 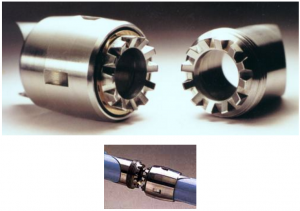 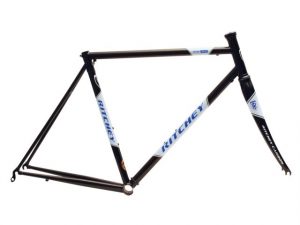 Ritchey makes complete road and cyclocross coupled frames under their “Breakaway” series. Because I wanted a bike that could handle the widest range of conditions I threw at it, I opted for the cyclocross frame. My new Ritchey Steel Cross Frame arrived in its black suitcase and I couldn’t wait to get it open. Moments later I had freed my orange and grey beauty from the packaging that had imprisoned it. I quickly built it up and took it for a spin. I was surprised at how efficient the bike felt. Somewhere in my mind I must have assumed that because it was a travel bike, there would be additional flex, more weight, or just some sort of compromised ride. The reality was that the bike rode just like a bike without couplers. 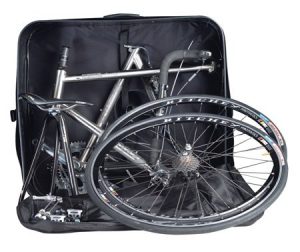