The picturesque Glacial State Trail, rolling into the city of Willmar, has now been enhanced with a series of bike friendly routes on city streets and trails. Another key factor worth mentioning is its fleet of yellow bikes. With several improvements over the last couple years, this spring, the city was awarded the Bronze Bike Friendly Community Award from the League of American Bicyclist (LAB).

According to an article published by the Bicycle Aliance of Minnesota (BikeMN), over the past seven years the city and its local advocacy group, ‘Willmar Bikes’, has upped their game in every aspect of bicycling. 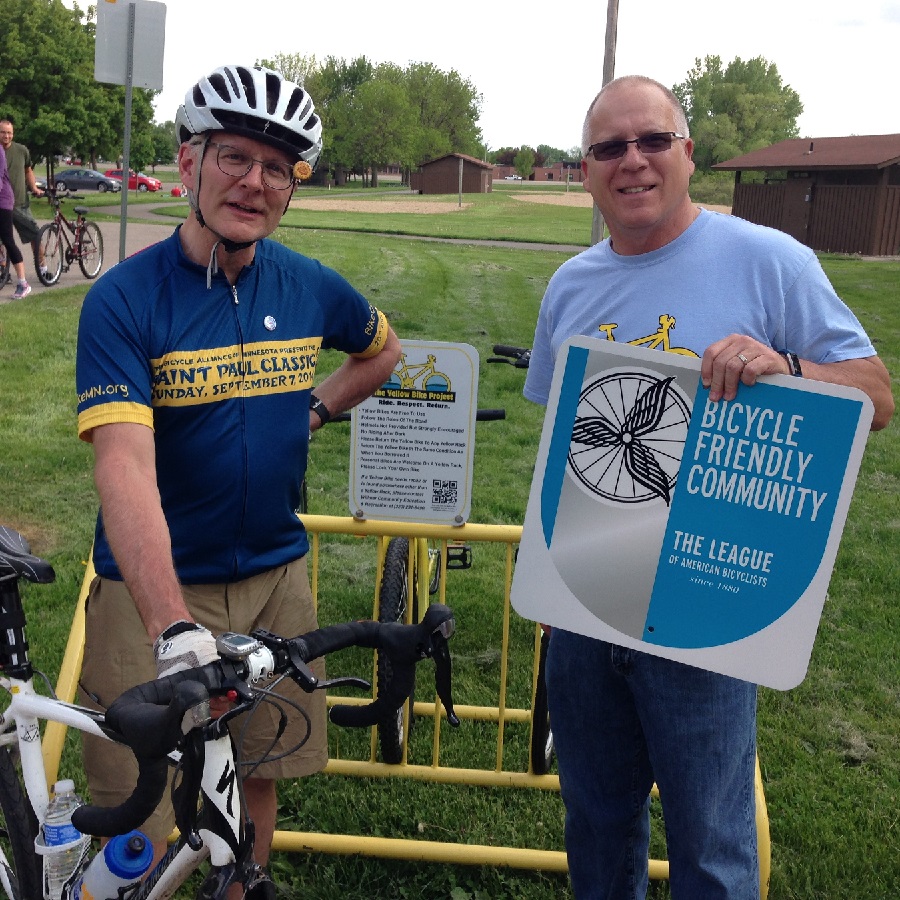 Here Dorian Grilley, Director of the Bicycle Alliance of Minnesota and Steve Brisendine, Director of Community Education and Recreation for the City of Willmar celebrate being a bike friendly city by the League of American Bicyclists.

The community is now home to a small fleet of yellow-painted cycles for free public use. It hosts an annual Mayor’s Bike Ride. It works to connect low-income youth with an earn-a-bike programs. The community is also planning a bike route connection between a new development and a school being built. Also, they support bike trail maintenance. Residence and visitors alike can now enjoy the countryside trails that connect to many of the city’s streets and inter-city trails, making the community a Bronze Bicycle Friendly Community (BFC).

In the northern part of Minnesota, Cloquet was was given an Honorable Mention this spring for its work toward bicycle friendliness. 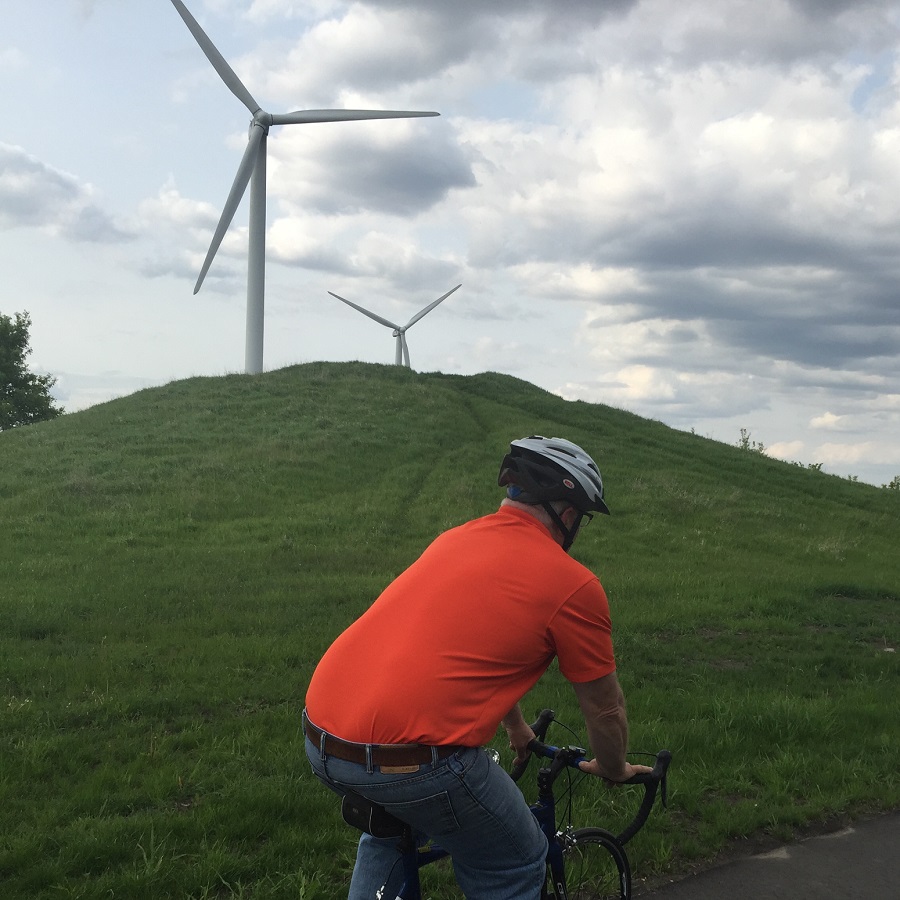 Riding the trail in the countryside as it connects to trails and safe street routs in Willmar, MN. photo Steve-Brisendine

BFC recognition is a nationally recognized thumbs-up. The program is administered by the League of American Bicyclists (LAB). LAB commends towns, cities, counties, and metropolitan areas for taking concrete steps toward making bicycling more safe, more visible, and more fun in their communities. In Minnesota, there are more than two million residents who live in Bike Freindly Communities in the state. This exciting initiatives is making more communities safer for visitors as well as those who live in the stare.

Learn more about Bike Friendly Willmar and the fun you can have staying and playing here.