What is a Chainring Tattoo?

Characterized by the ebony spikes reminiscent of the triangular rays drawn on a sun picture, the design is made from oil and grease. Oil, grease, and debris can gather in the various components of a bike’s chain, cassette, and chainring. When this builds up, it can spill over and a calf can touch it.

The chainring tattoo is coined as such because the grease can be annoying to remove. How does this happen? It occurs when the rider accidentally presses their leg against the side of the bike where those components are. This generally happens at stoplights or stop signs when a rider puts down their leg to brace themselves, but the leg isn’t far enough from the bike. The leg may bump or touch the bike’s side and its very own tattoo.

Why is it Called a “Newbie’s Problem” Tattoo?

Plenty of seasoned riders and pros can be seen supporting a chainring tattoo if one pays close enough attention. However, generally it is considered a “Beginner’s Problem” because many riders learn tricks or find a method that works for them to avoid having their leg touch the bike’s chain, cassette, or chainring. It takes practice and experience, but sometimes that doesn’t even save their calves.

Rest assured that while beginners may seem to get it more often, there are seasoned riders and pros that can still be affected – you just might not notice it!

Having a chainring tattoo just marks you as a rider – and some people go so far as to actually get an ink tattoo. For those riders, the tattoo will stay with them forever as a tribute to how much they love riding their bikes. As some riders say: It’s a mark of a true cyclist.

What’s the Easiest Way to Remove it?

Since it is grease, regular hand soap and water isn’t likely to remove the tattoo from your calf. Instead, opt for some dishwashing soap, water, and a rag or paper towel. Dishwashing soap generally is made with surfactants to remove grease. While different dish soaps can vary in effectiveness to cut through grease, they still work well for us cyclists. Plus, they’re safe to use! 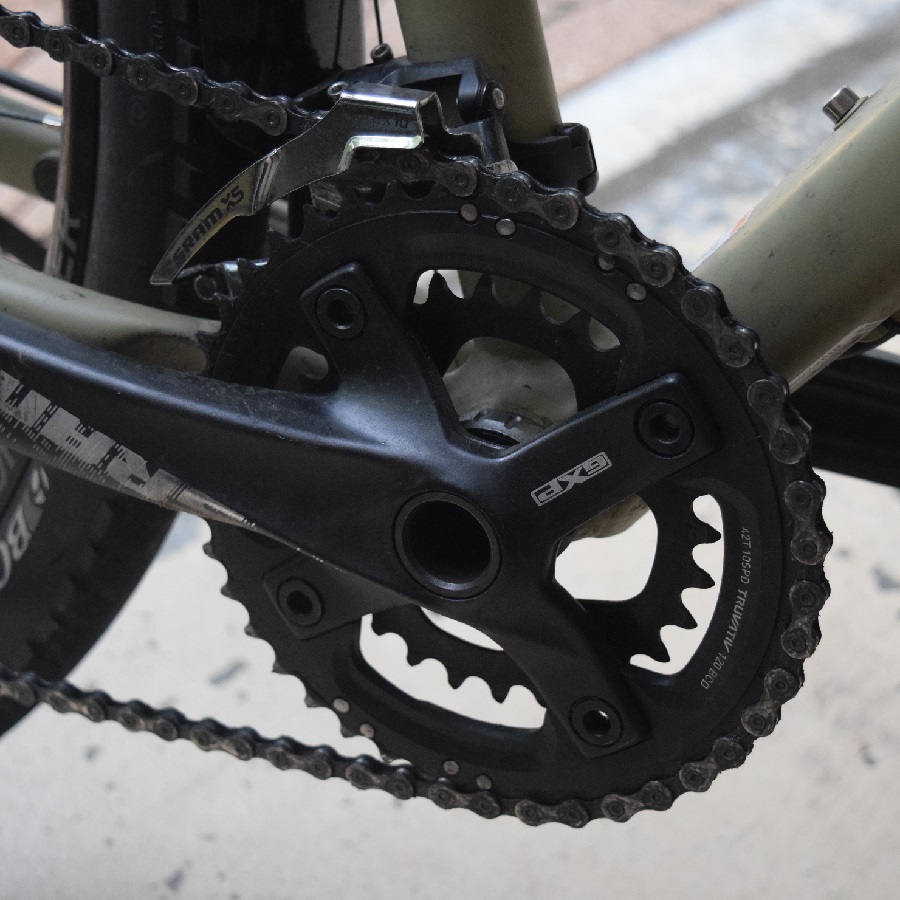 A bicyclist with a dirty bike chain can easily experience a chainring tattoo.

Additionally, you can also use olive oil or baby oil to remove the chainring tattoo with ease. Some riders will either leave the grease on their calves until they return home. Others will carry around some wipes and oil to help remove it on the go.

How Can I Avoid Getting the Tattoo?

Besides trying to avoid touching your leg to your bike when stopping or getting off/on your bike, there’s a few options that other cyclists have been throwing around and some have found useful.

Can’t Avoid it? Cover it Up! 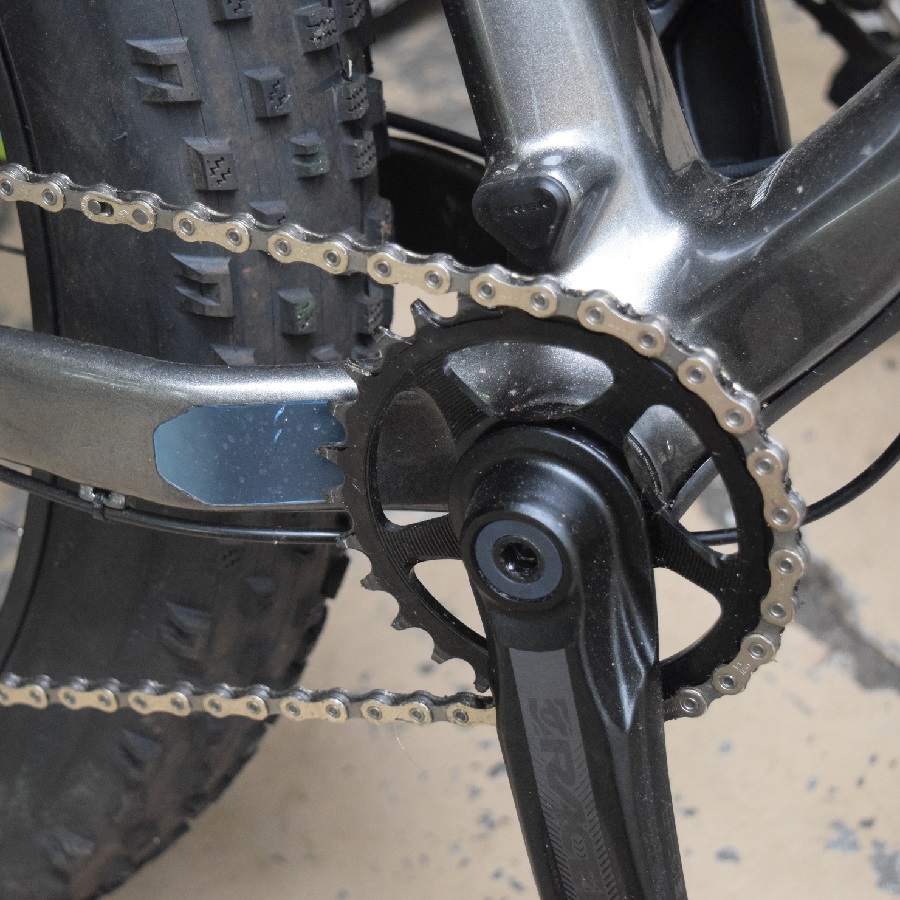 Cleaning your bike chain and crank ring will help in avoiding a chainring tattoo.

Whether or not you decide to support the chainring tattoo with pride or want to cover it up, don’t let it get in the way of your next bike adventure. HaveFun and just Ride On!