As any dedicated bicycle commuter will tell you, it’s important to let motorists know when and in which direction you’re turning. At night, however, drivers might not always see your hand signals. Using illuminated gloves is one solution, but British startup Cycl is now offering another: LED turn indicators that attach magnetically to the ends of your handlebars. They’re called WingLights, and I recently had the chance to try them out for myself. 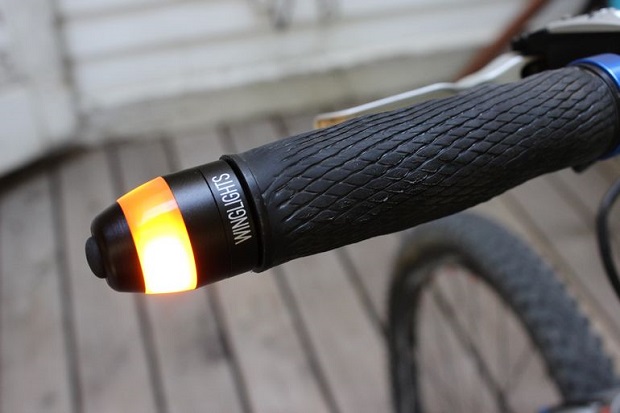 First of all, there are indeed other bar-mounted signal lights in existence. What’s different about WingLights is the fact that they can be easily pulled off when not in use, keeping them safe from passing parts-thieves when the bike is parked.

Additionally, users won’t have to bother with the extra inch-and-a-half (38 mm) of bar width that each unit adds, when riding during the day. 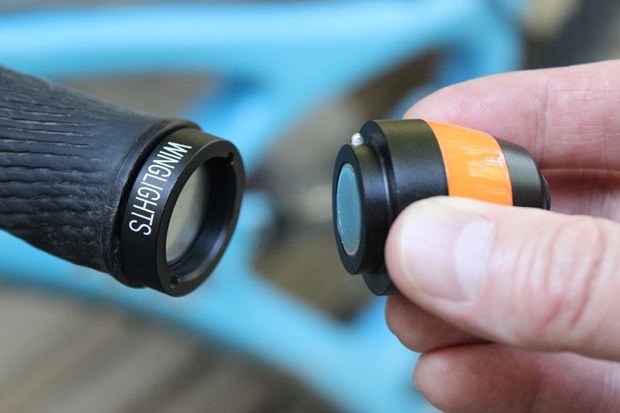 Each WingLight consists of a handlebar plug that replaces one of the bike’s existing plugs, and a corresponding waterproof LED module that fits into the end of it
(Credit: Ben Coxworth/Gizmag.com)

The idea behind WingLights is simple.

Each one consists of a handlebar plug that replaces one of the bike’s existing plugs, along with a corresponding waterproof LED module that fits into the end of it. Powerful magnets in both parts keep the two stuck together even when riding over rough roads, yet still allow them to be pulled apart by hand when the bike is left unattended. The two LED modules can then be magnetically stuck together end-to-end, to form one unit that can be tossed into a bag or hung off a pack using an included carabiner.

To activate either WingLight, you just press the rubber power button on its end – no silly Bluetooth smartphone apps, or anything like that. This causes front and rear LEDs in the module to start flashing, which they continue to do for 45 seconds before automatically shutting off. If you want them off before that, you just press the button again.

Each one is powered by two CR2032 coin cell batteries, that should be good for up to 2,000 uses before needing to replaced. 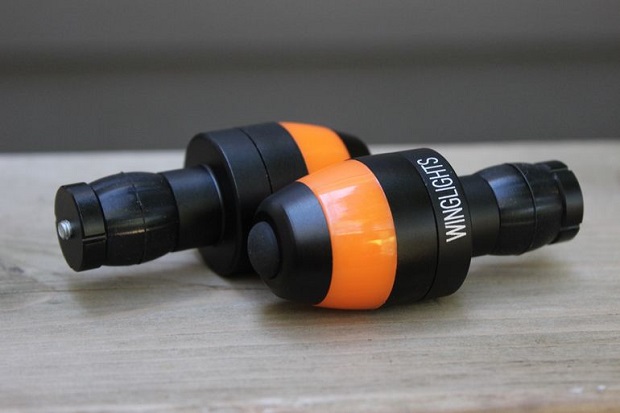 Each WingLights plug equipped with a rubber ring that can be expanded by twisting the plug once it’s been inserted, ensuring a snug fit. (Credit: Ben Coxworth/Gizmag.com)

According to the instructions, the plugs will fit in any straight bar with an inside diameter between 17 and 19 mm. They’re each equipped with a rubber ring that can be expanded by twisting the plug once it’s been inserted, ensuring a snug fit. In the case of the 17-mm handlebar on my city bike, however, the steel washer at the end of that ring would not fit inside the bar.

I could just manage to shove the plug in by taking the washer off, although a plastic collar built into the end of my wonky handlebar grip still kept it from sitting flush. So … I mounted the WingLights on my full-suspension mountain bike, instead. I know, it’s not the sort of bike that can really “relate” to turn indicators, but it sufficed for testing purposes.

Once I got riding, the WingLights worked great. They were bright, easy to activate, and the plugs stayed securely in the bar while the LEDs stayed firmly attached to the plugs. In fact, if you pull on one of the lights without holding onto the parked bike, the whole bike will tip sideways with it before that light comes off.

I also appreciated the sturdy aluminum construction of both the plugs and lights. Even when you’re not using using them, the two LED modules are kinda satisfying to hold onto. 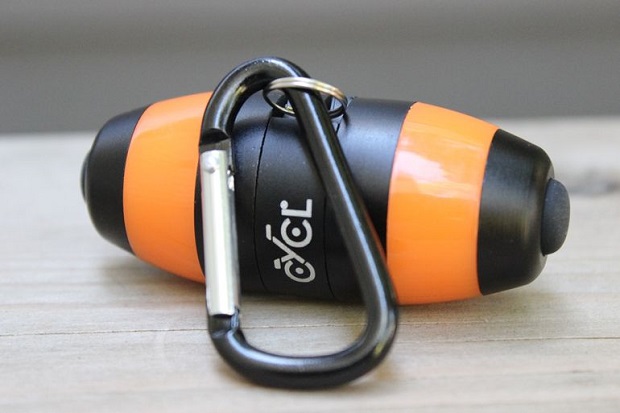 The two WingLight LED modules can be magnetically stuck together end-to-end, to form one unit that can then be tossed in a bag or hung off a pack using an included carabiner
(Credit: Ben Coxworth/Gizmag.com)

Should you be interested in buying some WingLights for yourself, they can be ordered from Cycl for US$50 a pair. Just be sure to measure the inside of your handlebar first, and remember to use them along with hand signals, not instead of them.

Headlights, tail lights and even turn indicators certainly make cycling safer, but reaching around to operate all those devices at once could be a bit awkward. That’s why Bontrager has announced its new Transmitr system. It allows multiple lights to be controlled from one handlebar-mounted remote, via the ANT+ wireless protocol.

Along with the remote, the system currently includes the 700-lumen Ion 700 RT headlight and the 65-lumen Flare RT tail light. Both lights are USB-rechargeable, and can be turned on and off plus set to different operating modes via buttons on the remote. They can also be operated directly, using controls on the lights themselves.

Additionally, if two of the tail lights are used side-by-side, the Transmitr system allows them to serve as turn indicators. In fact, a single remote can control up to seven (!) lights, along with displaying their battery status. 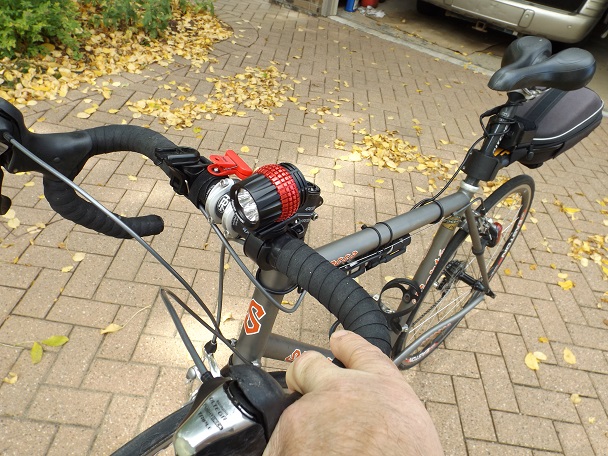 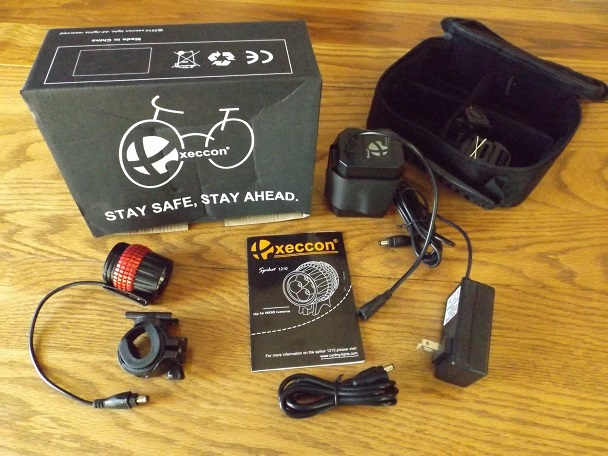 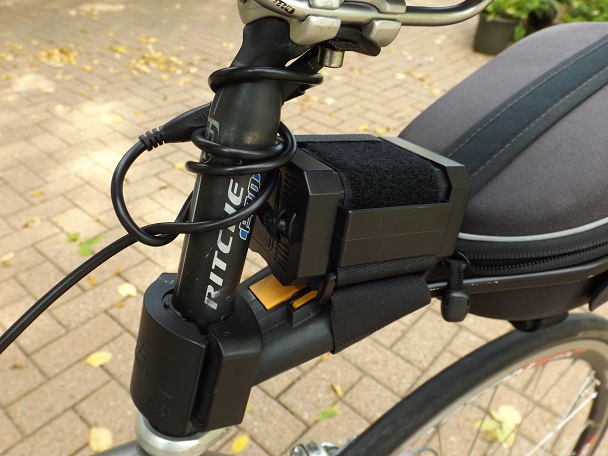 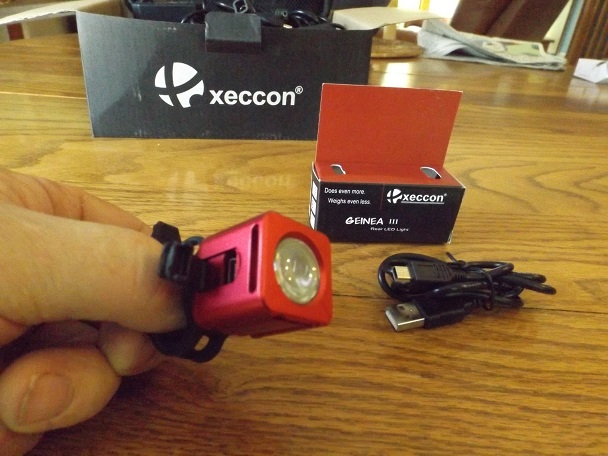