It’s Official: Safe Routes to School is Proven to Work. 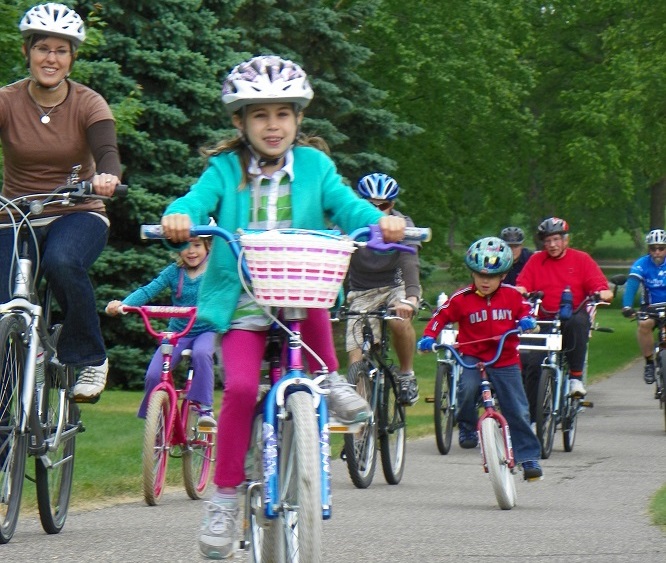 Just in time for International Walk to School Day, a new study has been published in the Journal of the American Planning Association that confirms what those of us in the field have long known:  Safe Routes to School programs are effective at increasing rates of walking and bicycling to and from school. 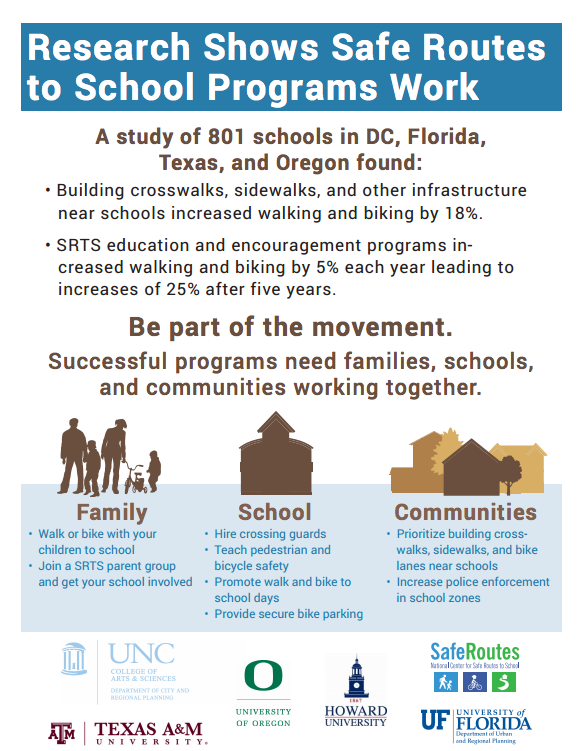 This study builds on the work of many other researchers who have looked at individual models or results on a smaller group of studies, and it really is the missing link in clearly demonstrating the effectiveness of Safe Routes to School. There are a number of ways in which this study provides definitive findings that are helpful to practitioners:
* Because it covers such a large number of schools in multiple states, it shows that Safe Routes to School programs generally are effective, regardless of specific variations in how the programs are set up.
* It includes control schools—allowing the researchers to show that the increases in walking and bicycling were a result of the Safe Routes to School initiatives, regardless of environmental or demographic differences among schools.
* Because the researchers looked at both engineering improvements and programming over time, they were able to show that comprehensive Safe Routes to School programs that are sustained over time have an ever-increasing impact on rates of walking and bicycling to and from school.
* Due to the number of schools, the researchers were able to examine variables such as the income level and ethnic or racial makeup of participating schools, and found no difference in the results – showing that Safe Routes to School can be equally effective for a wide variety of schools and families.

And, that is great news to cap off another successful Walk to School month!  Please also join me in giving a big thank you to the researchers at the University of North Carolina at Chapel Hill, University of Florida, Texas A&M, Howard University and University of Oregon that collaborated together to complete this impressive study.