Among the many bicycle designs we have looked at here at, I see a fair number of balance bikes, including the multifunctional LittleBig Bike at Gizmag. We’ve even seen a wooden one or two, but we’ve never seen a balance bike quite like the ZumZum, which is built around a curved wooden frame that serves as its own suspension system.

New York-based ZumZum wanted to design a balance bike that could do more than just give kids something to putter around on on a Saturday afternoon. It wanted a design that would get kids excited about biking from an early age while giving them balance skills to take with them onto pedal bikes. To meet this goal, they reached out to a multitude of designers and manufacturers and put together a team centered around pro mountain biker Steve Peat. 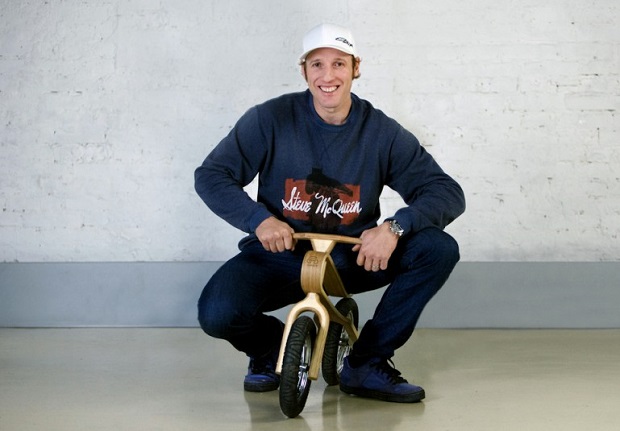 The ZumZum’s mountain biking roots shine through the minute you realize what you’re looking at. In place of the single down tube of other balance bike designs, the bike’s signature birch frame is curved, resembling a stretched bobby pin. The upper prong of the frame has a curvature at the end to accommodate the seat. The design gives the bike a unique look, and it provides natural suspension. You won’t want to send your child barreling into the Whistler Mountain Bike Park, but the give of the birch plywood adds some cushion to make him or her more comfortable on uneven ground. ZumZum claims that it’s so flexible, even adults can sit on it without breaking it in two. 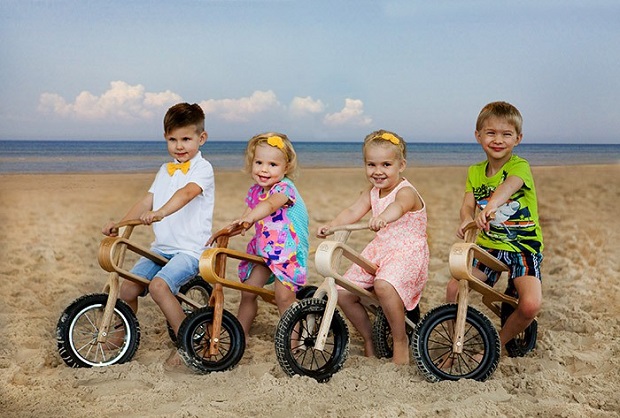 The ZumZum bike is on Kickstarter now, see below.

Via its multi-position fork and dropout mounts, the ZumZum can increase 1.5 inches (3.8 cm) in height and stretch out in wheelbase, growing with the child. ZumZum estimates that it can accommodate children from 18 months to four years of age. It weighs 7.5 lb (3.4 kg) and has non-marking pneumatic rubber tires for friendly indoor/outdoor use. Buyers can choose between 10- and 12-in wheels. 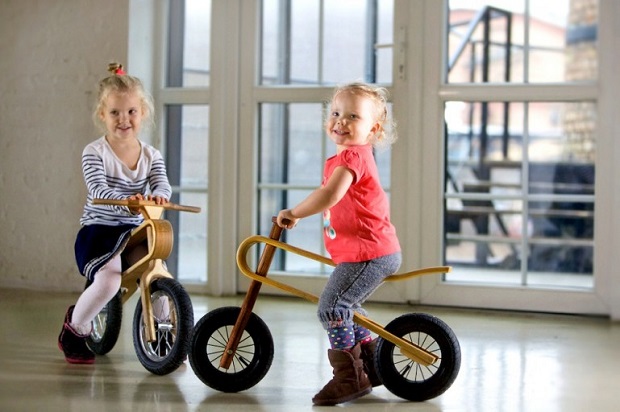 The ZumZum also includes a sort of digital ID tag. An NFC chip inside the headset delivers owner and warranty information to a compatible smartphone app. ZumZum is also considering programming a biking game for use with the chip.

ZumZum is currently working to raise money on Kickstarter. It’s offering the ZumZum balance bike at pledge levels of US$149, estimating that the retail price will eventually be set around $249. If all goes swimmingly, the first backers will receive their bikes in March.