In a press release today League of American Bicyclists (LAB) announce 55 new and renewing Bicycle Friendly Communities (BFC). There were eighteen communities receiving their first BFC award, seventeen at Bronze and Hennepin County, MN, at Silver. Nine communities moved up to higher award levels, and the remainder renewed at their previous level. 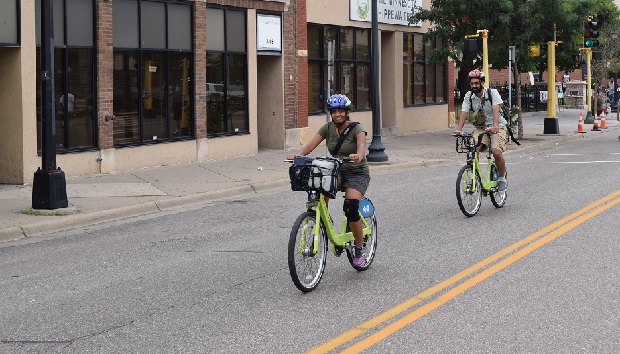 According to LAB, this latest round saw strong growth in the top tiers of the program, as Madison, WI, became the 5th Platinum BFC, and four communities moved into the Gold tier: Austin, TX, San Luis Obispo and Santa Cruz, CA, and Tempe, AZ.

Dave Cieslewicz, executive director of the Wisconsin Bike Fed and former mayor of Madison stated,  “What this says is that any city can be a great cycling city as long as there’s commitment from a broad range of city leaders and the population as a whole. This didn’t come about overnight; it was a decade-long effort. We had support from city leaders, the business community and the thousands of cyclists in the Madison area. The lesson we learned is that it has to be a broad-based effort, it can’t just come from the top.”

Want to see who is doing what? Explore the Bicycle Friendly Communities (and businesses and universities) in your state using the Leagues online award database. To apply or learn more about the BFC program, visit bikeleague.org/community.

The Bicycle Friendly America program is generously supported by Trek Bicycle, and all of their members, partners, and local reviewers throughout the year.