Here this young cyclist at the North Star Bike Festival‘s kids bike race, in Stillwater, MN found it more enjoyable to walk up the hill she was approaching, rather then struggling to ride.

Thanks for viewing the Bike Pic of the Day here at HaveFunBiking (HFB).

Now, rolling into our 10th year as a bicycle tourism media our goal is to continue to encourage more people to bike, while showcasing unforgettable places to ride. As HFB searches and presents more fun cycling related photos, worth a grin, scroll through the information and stories we have posted that may help you find your next adventure. Then, while out there if you see us along a paved or mountain bike trail, next to the route you regularly commute on, or at an event you plan to attend, be prepared to smile. You never know where our camera’s will be and what we will post next!

Do you have a fun bicycle related photo of yourself or someone you know that you would like to see us post? If so, please send it our way and we may use it. Send your picture(s) to: editor@HaveFunBiking.com with a brief caption (of each), including who is in the photo (if you know?) and where it was taken. Photo(s) should be a minimum of 800 pixels wide or larger for us to consider using them. If we do use your photo, you will receive photo credit and an acknowledgment on Facebook and Instagram.

As HaveFunBiking continues to encourage more people to ride, please reference our blog and the annual print and quarterly digital Minnesota Bike/Hike Guide to find your next adventure. We are proud of the updated – At-a-Glance information and maps we are known for at the HFB Destination section on our website and in the guide. Now, as the Guide goes into its seventh year of production, we are adding a whole new dimension of information, now available for mobile devices.

So bookmark HaveFunBiking.com and find your next adventure – we may capture you in one of the next photos we post.

Brent Renneke, MS Society,
The Ride Across Minnesota (TRAM) is a week long bike vacation organized by the Upper Midwest Chapter of the National Multiple Sclerosis Society to raise funds for those affected by multiple sclerosis. This year’s ride, July 20 – 24, starts in St. Joseph, MN,  Each year it tours a different region in Minnesota, offering cyclists an opportunity to uniquely experience the beauty of the state.

However for many on the five-day riders, it becomes more than a scenic ride through previously uncharted territories. It takes a bigger meaning, like it did almost immediately for Cottage Grove, Minnesota resident Dave Britz (in the photo above).

In 1993, Britz found himself reading a column by Pioneer Press journalist Norm Coleman, who was chronicling his own experience on TRAM. It was the motivation he needed to get back on a bike, so he could participate in the nearly 300-mile journey. Come 1995, Britz found himself on the starting line of TRAM, ready to embark across Central Minnesota, full of beautiful rivers and charming towns far off the beaten path. 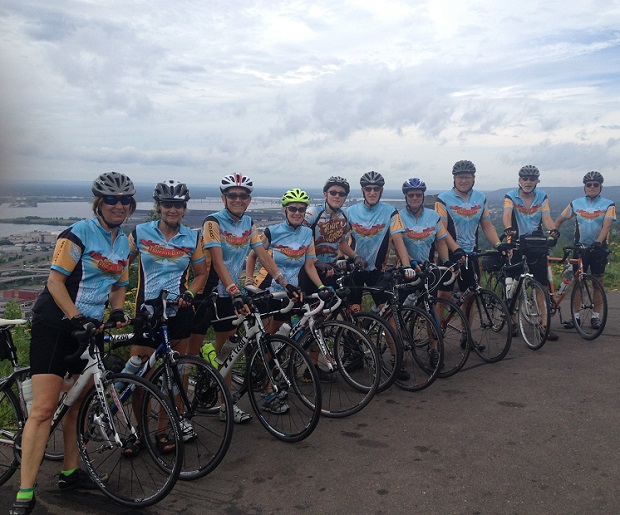 TRAM bike riders will often team up for added support along the way and increase fundraising efforts.

In his 20 years of TRAM rides since, what Britz finds most memorable are the people he meets along the way, particularly those living with multiple sclerosis.

Going back to his first ride, he remembers an older lady slowly pedaling her Schwinn bike alongside the 1,500 TRAM participants while on her daily commute. Britz took the opportunity to slow down and strike up a conversation with her. In doing so, he finds out her name (Ellie) and also that Ellie lives with MS. It was all the motivation he needed in his first year.

“I told her, ‘Ellie, I am riding the whole week for you.’ From that point on, my tires were five feet off the ground because I was able to make that connection.”

Ellie was the first name of 278. Every year while riding TRAM and in his daily life, Britz keeps a running list of names of people he meets who live with MS. It serves as a reminder of why he has fundraised more than $173,000 over 20 years participating in TRAM and why he keeps coming back. 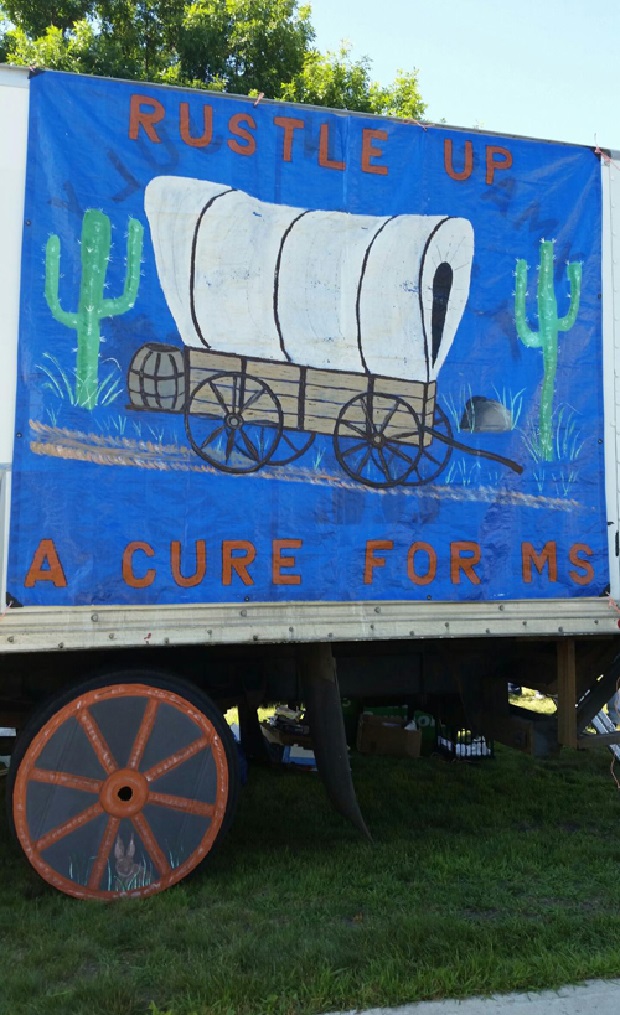 TRAM bike riders are warmly greeted at each city they stop at overnight during the journey.

“It is a list that I carry with me wherever I go,” Britz said. “I’ve met these people at rest stops on the [TRAM] ride, they are in a wheelchair or sitting on a porch of a farm house. Making a difference for them is the incentive that really keeps me going.”

If you would like to participate in TRAM alongside Dave Britz in 2016, July 20-24, visit BikeMS.org for additional information. Riders can choose between three- and five-day route options.