An exciting and fun sport, this may be the last year for a while to try or watch track cycle racing in Minnesota. Track or velodrome racing at the National Sports Center (NSC) has been called “NASCAR on Two Wheels.” At blazing speeds, gravity-defying turns and spectacular crashes make Velodrome racing one of the most awe-inspiring spectator sports around. One of the few wooden tracks still left in the U.S. the track at NSC has now been repaired for its last season of hair raising fun.

At first glance, track cycle racing is a chaotic, confusing sport. After you have seen a race, the sport leaves a memorable impression that is amplified by its simplicity. With only one gear and no brakes, the track bikes used are the epitome of simplicity.

The track in Blaine is near its end

Built to host the 1990 Olympic Festival track racing events and National Championships, the NSC Velodrome is one of the most unique tracks in the world. It is the only outdoor wood-plank velodrome in the Western Hemisphere and is slated for demolition in 2019. So, this may be your last chance to experience the excitement of the track at the National Sports Center. Through the 2018 season (May to September) you can still come out and test out your skills and speed at the velodrome. Like many of the Twin Cities Gateway attractions in the area, each Thursday evening, ladies can come out and have some fun in between several men’s races. Take a look at the schedule here for several open sessions to try bicycle racing, even for kids. 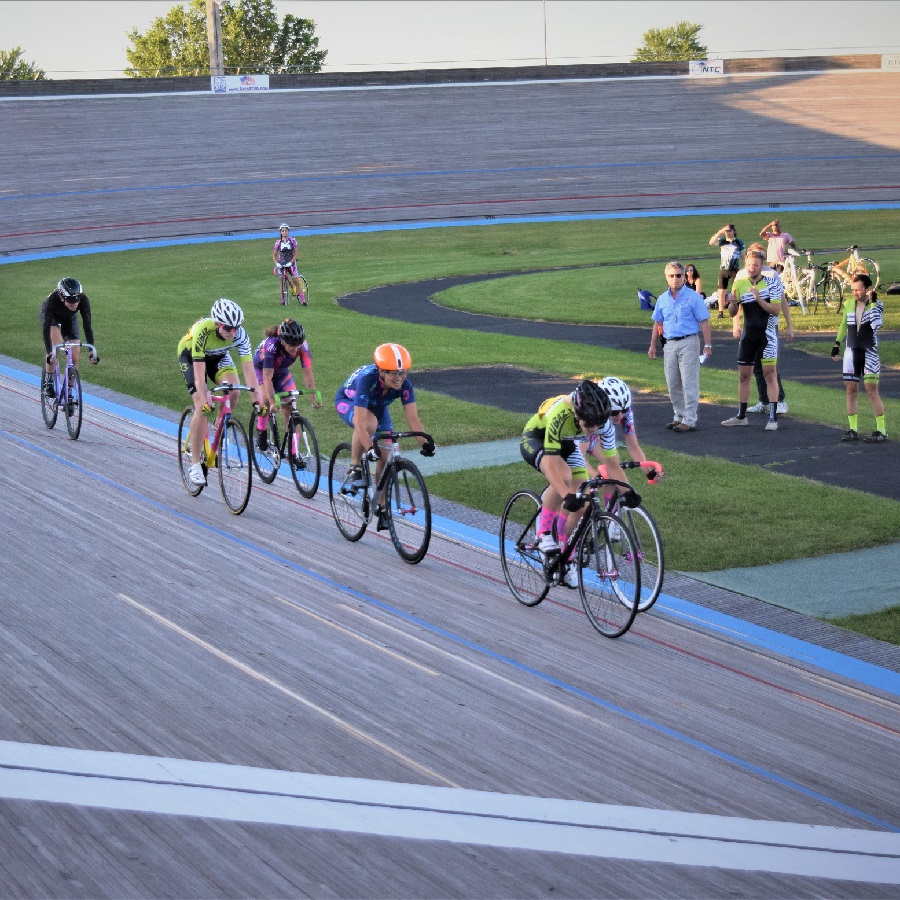 Test your Olympian skills in Blaine on Minnesota’s only Velodrome track.

Check out their Learn to Ride Program offering riders as young as 12 years of age the opportunity to ride one of the finest velodromes in the country. 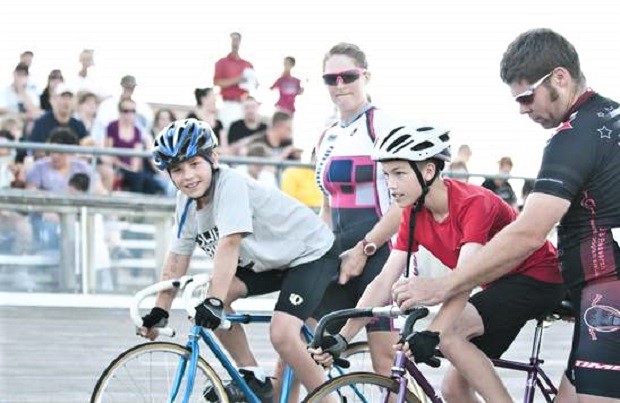 The schedule has several open sessions to try bicycle racing, even for kids.

Ride or watch, here is the skinny on velodrome racing

Learn all about track cycle racing.  Find the specifics about velodromes, the details about track bicycles. This is the place to learn about the fastest sport on two wheels and to the different type of races held on the track.

Track cycle racing will come to an end in 2019

Without the support of the cycling community, the existing velodrome track could come to an end in 2019.  The NSC Velodrome in Blaine is one of only 26 cycle tracks in the United States. Plans are now to demolish the NSC track after the 2019 racing season. That will end one of the most storied eras in Minnesota cycling history. However, the Minnesota cycling community is working on a replacement when the Blaine velodrome is demolished.

The next generation of Minnesota’s sports leadership has developed a vision for a multi-purpose community bicycle facility. A non-profit organization the MN Cycling Center is working to build this important cycling venue. A place where training and racing can be provided year round. One thing that all cyclists can help with immediately, is writing their legislators and asking for their support in this upcoming legislative session.

Since the 1990’s the NSC Velodrome has hosted hundreds of events. Attracting thousands of racers from around the world and teaching them to ride a track bike.  It has produced Olympic medalists and dozens of elite national and world champions. Some like multiple Olympic Silver Medalist Kelly Catlin, of Arden Hills, who learned to ride the track here.  She notes, “It is an incredibly rare asset to have a velodrome, much less an international-standard track. It makes Minneapolis one of only a handful of cities in North America that can host international-caliber events, it would be a despicable waste to lose such a treasure.”