Don’t miss this day for crazy costumes, bikes, eclectic entertainment and New Belgium libations Tour de Fat. They claim it is one of the best ways to celebrate the summer, complete with costumes, bikes, music, performers, contests and beer. 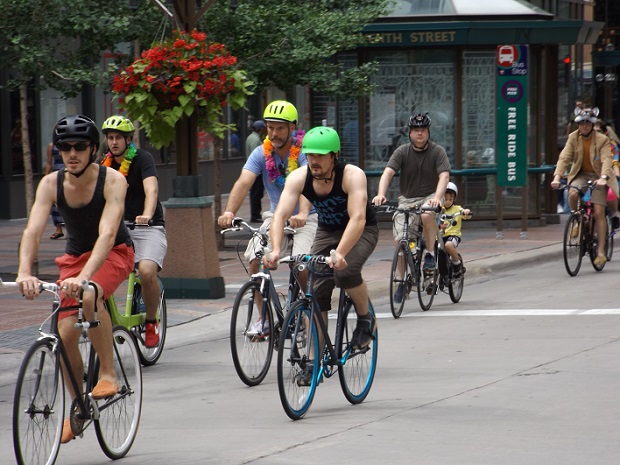 Riders in the Tour de Fat parade down the Nicolett Mall, Minneapolis. (2014)

New Belgium Brewing’s 16th Annual Tour de Fat is coming back to Loring Park, in Minneapolis, Saturday, July 25 for another year of fun. The best part, the daylong event is free, yet all donations and proceeds from beer and merchandise sales go to Twin Cities-area non-profits. This year, all funds raised in Minneapolis will go to Midtown Greenway Coalition, Minnesota Off Road Cycling (MOCA) and the Bicycle Alliance of Minnesota (BikeMN). 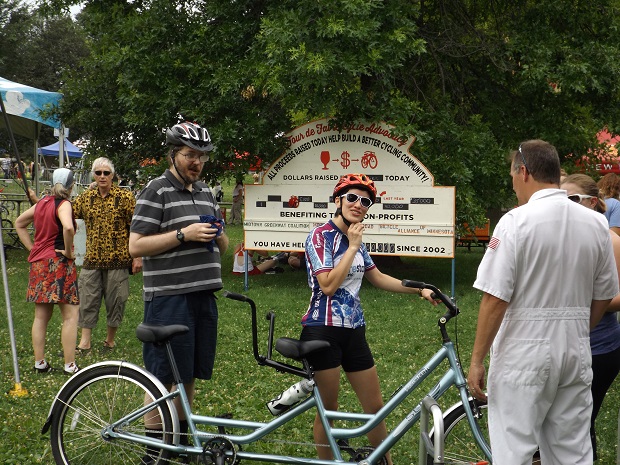 Riders returning from the Tour de Fat parade for some fun.(2014)

Each year Tour de Fat friends, family and neighbors are all invited to come enjoy eclectic entertainment, brewing education, a bicycle revival and even a fashion show of the best Tour de Fat costumes. In the afternoon, the stages heat up with acts like the Transatlantique Kriek’s.

At 11 am, the event kicks off with a costumed bicycle parade that winds through city streets. The parade begins and ends in Loring Park where the rest of the day’s entertainment shines from musical acts to yo-yo performers, bike contests and even vaudeville acts. This year will also include some brewing education and feature a “Bicycle Revival” to inspire festivalgoers to believe in the power of two-wheeled transportation. 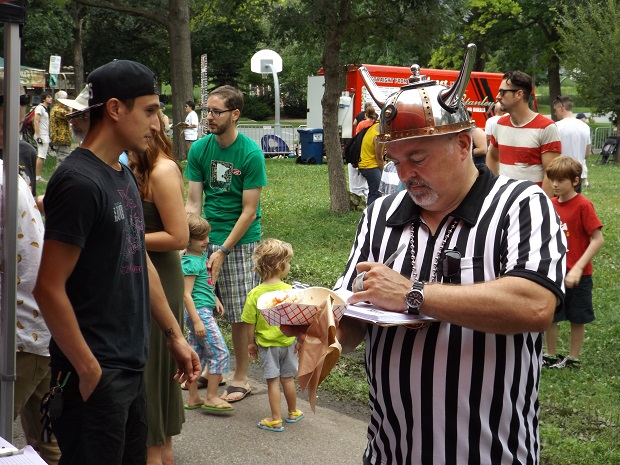 Throughout the day, kids of all ages can ride funky bikes in the bike corral, eat delicious fare, relax in the grass, and participate in games and activities. Everyone 21 and older can sample new and classic favorites from New Belgium, including the brewery’s flagship brew, Fat Tire, this summer’s seasonal, Summer Helles, the brand new year-round offering, Snapshot Wheat, and selections from the acclaimed Lips of Faith series.

Visit New Belgium Brewing for the most up to date schedule latest beer selection.

1 thought on “A Day of Bikes, Beer and Fun, Tour de Fat Minneapolis”